Who works in the Debates Office?

The team that produces the Official Report of the Houses of the Oireachtas includes the Editor of Debates and Chief Reporter, three deputy editors, assistant editors, administrative staff and parliamentary reporters. The Editor manages the whole operation while each deputy editor takes charge of the report of the Dáil, Seanad or committees. Assistant editors check the report for accuracy and continuity while the administrative staff members provide support by logging committees and by checking, collating, formatting and publishing parliamentary debates and questions.

Parliamentary reporters, who make up the majority in the team, are the ones most likely to be seen dashing, pen in hand, from their desks to the Dáil and Seanad Chambers or committee rooms to take a log of who is saying what to whom. In the Dáil and Seanad Chambers, the reporters sit prominently at a table in the very centre where they are best placed to hear and see everything. When taking notes they must listen carefully not only to the speaker whose microphone is switched on but also to those Members who are making off-microphone contributions. They must even keep an eye on politicians’ body language to predict who is about to interrupt next. They often need to contact Members to verify quotations and statistics, for example, and they must ensure they have all the information they need before they dash back to their desks to transcribe the recording of the debate they have just heard.

Is the Official Report a word-for-word account of speeches?

Although parliamentary reporters do not produce a strictly word-for-word account of parliamentary proceedings, they produce a report that is substantially verbatim. We must remember that the best of speakers hum and haw at times or abandon sentences halfway through when struck by a more diverting thought or a better way to make their point. This is normal in speech but is not understood easily when put into written form. Since the Official Report is produced not for a listenership but for a readership, which includes the public, media and historians, reporters in the Debates Office may edit speeches lightly to correct obvious errors, to check grammar and syntax and to omit the false starts and verbal redundancies that sometimes make a word-for-word account difficult to read, while losing nothing of the meaning.

An example of a redundant phrase might be, “I would just like to put on the record of the House”. Since everything said in public session is on the record of the House, the phrase is considered unnecessary and is generally omitted. Similarly, a phrase with redundant words such as “my own personal opinion” might be changed to “my opinion”. A discussion in which the Chair inquires about the status of a motion and learns that its wording is agreed to is simply recorded as “Question put and agreed to.”

Language errors are corrected where there is no conflict with the speaker’s intention. The meaning is not altered in any way, however, and every effort is made to reflect the Member’s speaking style and the spirit, as well as the words, of each debate. Obvious errors such as, for example, if a Member uses the word “appraise” when he or she means “apprise”, are corrected. 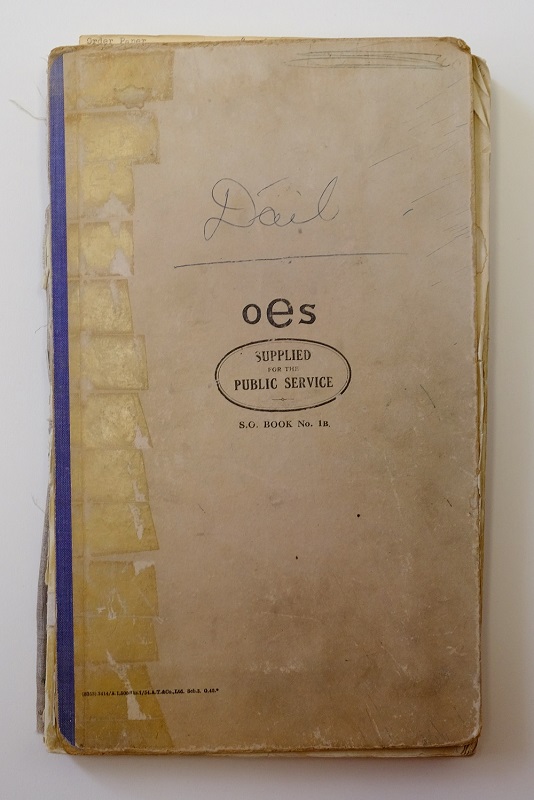 Editor’s style book for the Dáil

Controversy and corrections - the Debates Office and house style

Parliamentary reporters’ convention of producing a report that is not “strictly verbatim” has not always been uncontroversial, however. In December 2005, for example, former Deputy Pat Rabbitte, in expressing his dismay over “the new form of linguistics being tried out in this House” by the then Taoiseach, stated the reporting by the Debates Office had “gone beyond finessing of English”. That said, when Members of the Houses and witnesses appearing before committees believe the report does not accurately reflect their comments or where there is an error in transcription, they may approach the Debates Office to request corrections but they are not entitled to add or remove text that would change the substance.

To ensure consistency when producing the Official Report, parliamentary reporters apply a house style, contained in the office’s Editor’s Book. The official Editor’s Book contains a set of style conventions covering a wide range of subjects, including grammar, syntax, typography, verbal redundancy, spelling, nomenclature and the wording of parliamentary procedure. The house style is frequently altered to reflect contemporary linguistic trends and various topics that are in vogue. An example of house style is that speeches are generally reported as having been made directly through the Chair.

While the Chairman may deem certain allegations or words unparliamentary, house style does not require reporters to omit them if they are spoken in the Houses or at meetings of committees. The use of words regarded by the Chair as offensive if directed at another Member, such as “gurrier”, “cornerboy” and “liar”, is prohibited in the Salient Rulings of the Chair but if used, such words are retained in the Official Report. Perhaps the most famous instance of “unparliamentary” language included in the Official Report is from December 2009, when the then Deputy Paul Gogarty said the following to a colleague: “With all due respect, in the most unparliamentary language, fuck you Deputy Stagg. Fuck you.”

Making it all clear

Reporters need to have a sound knowledge of public affairs, both national and international. In order to remain sensitive to context and meaning, they must be able to recognise and understand references made by Members on a wide range of subjects, be they political, historical, financial, geographical or technical. To ensure debates on specialised and technical subjects are understood, the reporter must ensure the record reads clearly and that obscure acronyms, for example, are defined. Finally, given that Members may speak in Irish or English, there must be a cohort of reporters who are proficient in the Irish language.

Does anything get lost on paper?

A challenge in converting the spoken word arises when the proceedings in the Chambers have a strong emotional, visual or unspoken element. From time to time, Members have, in contravention of Standing Orders, displayed various objects in the Chambers, including agricultural produce, waste plastic and dirty water. Reporters must reflect this as best they can in the Official Report. 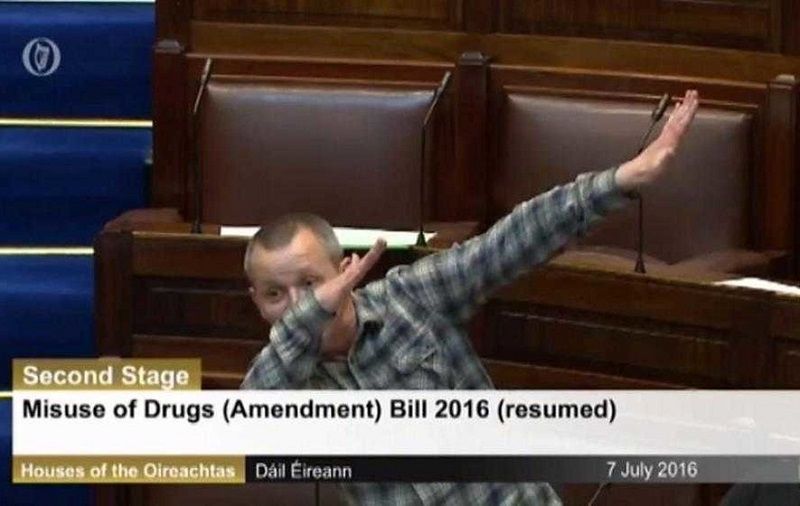 Since a significant proportion of communication is non-verbal, body language, gesture and gesticulation also pose a challenge. Otherwise, they can be lost to the reader. A recent example from July 2016 involved Deputy Richard Boyd Barrett demonstrating the “dab”, an arm gesture that he said was used by the youth when indicating something positive. He demonstrated the gesture to the House after saying to the Minister of State, “I do not know if you have ever seen it. It is like that.” Since the Official Report deals only with the spoken word, it does not record that the gesture was actually made. Rather, the Official Report reads as follows:

Some young people asked me what we in the Dáil do and whether we have any idea what is going on. They asked me to use some street language. When children are trying to make a positive statement on the street they do a thing called a “dab”. I do not know whether the Minister of State knows what that is. I do not know what it means, but we need to learn what it means, what young people are talking about, what matters to them and what they consider positive activity.

In this instance, only the televised version can do full justice to the Deputy’s gesture. In this regard, the broadcasting of proceedings has complemented the written report.

While working conditions and technology have changed considerably since the foundation of the State, the role of the Debates Office has remained largely the same, namely, producing the authoritative impartial written record of public proceedings of the Houses of the Oireachtas.

People of the Debates Office

Since 1922, the Official Report produced by the Debates Office has been the work of parliamentary reporters, editors, administrative staff and, in earlier times, audio typists who took dictation from the reporters.