It was also clear that any fund-raising efforts would be subject to particularly determined opposition from Dublin Castle and Westminster.

Both of the principal strands of the civil campaign in support of the Republic – an appeal to the Versailles peace conference and the development of an underground counter state – were inevitably going to be very expensive. Furthermore, success on either front, especially the second, would give rise over time to demands for still greater outlays. Regarding the financing of the military aspect of the campaign, during the second meeting of the Dáil, on 22 January 1919, a Minister for National Defence, Richard Mulcahy, was nominated and approved as an integral member of the first Ministry. This was an unambiguous signal that part of the money raised by the Dáil would be directed towards military ends. 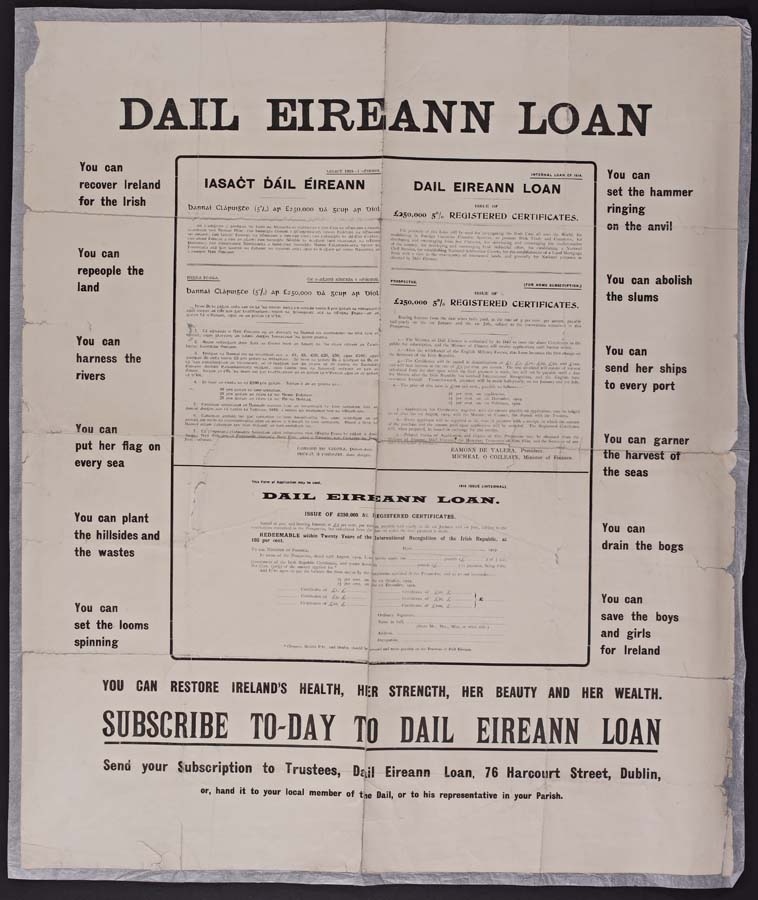 The decision to raise domestic and foreign loans, officially sanctioned by the Dáil, was both practical and, more importantly, symbolic. For those involved in the formulation and execution of the plans for the loans, they provided psychological reassurance. The belief that they were working for a legitimate, existing parliament and government unquestionably helped them confront and overcome any worries they may have entertained as to the legality, and danger, of what they were doing. This, in turn, helped to increase the yield of their labours. This yield was indeed considerable, running into hundreds of thousands of pounds in Ireland, and millions of dollars in the United States. Additional sums were raised among Irish emigrants elsewhere, notably England and Scotland. 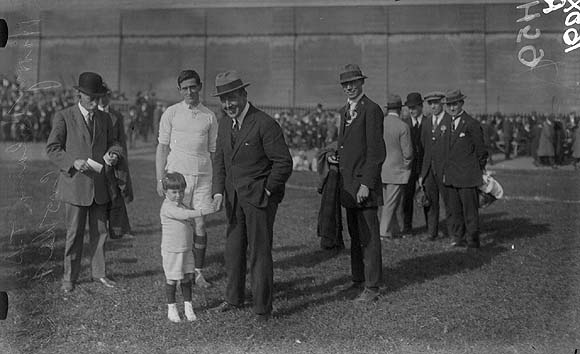 Harry Boland TD at Croke Park, 1919 / Courtesy of the National Library of Ireland

In addition to such formal methods, no stone was left unturned in the search for funds. A wide variety of mechanisms were used, some of them geared to particular purposes more less related to the Dáil’s work, and others more generic in nature. An example of the former were the gaelic games organised with the assistance of the GAA, the proceeds of which went towards the support of the dependents of republican prisoners. The match between Dublin and Tipperary in Croke Park on Bloody Sunday, 21 November 1920, was just the most famous - or notorious - of a number of similar fixtures staged during the revolutionary period.

Such matches could be very lucrative, but they served a higher purpose than the merely financial, for they expressed the affinity of the players, spectators and organisers with the prisoners and their families, and with the independence struggle more generally. Even in financial terms however, their usefulness went well beyond the amounts raised on the day. Precisely because the cause in question - in this case, prisoner dependents - was being directly funded from the proceeds of the match, there was less need for the Dáil to divert its scarce resources to this end. It also meant that the Dáil did not have to dilute its appeal by constant appeals for funds to the same target audience.

The story was similar with the work of the Irish White Cross. The charitable organisation was established in February 1921 to provide assistance to the civilian victims of the War of Independence, most especially those whose homes and properties had been destroyed by the reprisals policy sanctioned by the British Government in the second half of the war. The fact that a private organisation was willing to undertake such work again lightened the financial and administrative load on the Dáil. It also benefitted in other ways. Most of the funds raised by the White Cross came from the United States, but its humanitarian rationale meant that it could not be seen to be in competition with the Dáil’s efforts in that jurisdiction.

More subtly, the composition of the organising committee of the Irish White Cross was quite diverse. Its president was the Roman Catholic Archbishop of Armagh, Cardinal Logue, who was publicly hostile to the republican movement and its chairman was the Lord Mayor of Dublin, Laurence O’Neill, who identified with the home rule cause. Its committee included representatives from labour, academic, Church of Ireland and unionist as well as republican separatist backgrounds. This diversity illustrated the readiness of those republican separatists to work constructively with their political opponents for the greater good of the nation.

Such collaborations helped to remedy the First Dáil’s principal weakness in terms of its public image – the fact that it was composed entirely of Sinn Féin members. It also bolstered its self-image as the instrument through which, to quote the 1916 Proclamation, “the happiness and prosperity of the whole nation and of all its parts” could best be realised. 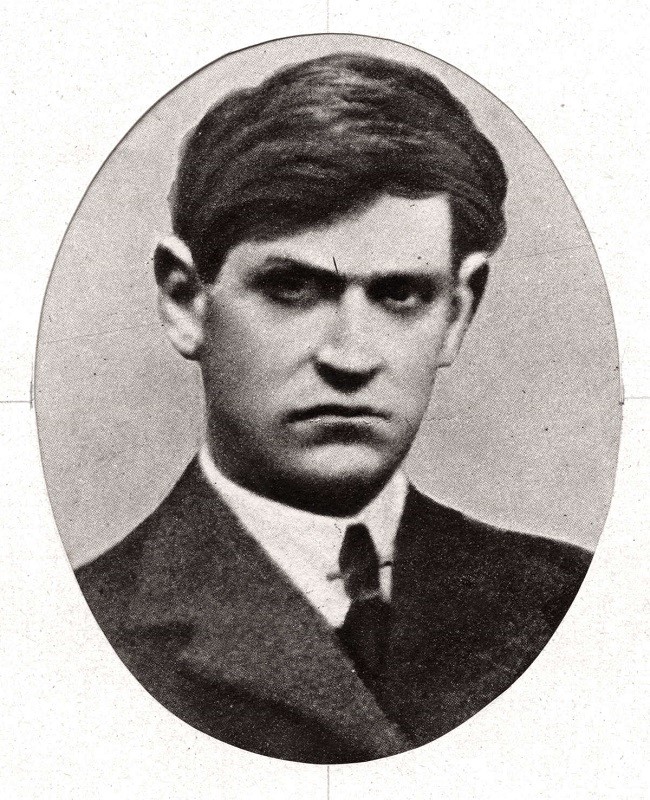 Michael Collins / Courtesy of the National Library of Ireland

There were, of course, a panoply of other means utilised by the agents of the Dáil to raise funds. By virtue of the obstacles raised by the British administration, almost by definition many of these mechanisms were of dubious legality, while some were flagrantly so. It was clearly out of the question for republicans to ask permission of Dublin Castle to host, for example, a flag day or sale of works. They proceeded regardless, rattling tins and selling raffle tickets, tricolours and republican pin badges in pubs and clubs, indoors and out, the length and breadth of the country, save for unionist strongholds in the north-east. Given the extent of the money sent through the post office system in those days, armed raids on the mail system also frequently resulted in financial windfalls. However, the principal purpose of such raids was to gather intelligence and spread uncertainty within British ranks as to the security of their channels of communication.

As Minister for Finance, Michael Collins was at the centre of these fund-raising endeavours. It is generally agreed that this was one of the most important of his many contributions to the cause of independence. Despite the unconventional environment in which he had to transact business, his methods were, perhaps surprisingly, conventional. Receipts, carbon copies and audited accounts were de rigeur for the staff working under his direction.

On at least one occasion, his influence over the military element of the separatist campaign was put to use directly in aid of his financial endeavours. In order to locate the bank accounts used by republicans, the British had recruited Alan Bell, an elderly Resident Magistrate with a detailed knowledge of the financial system in Ireland. Bell’s expertise had previously been put to use by the administration in obstructing the finances of groups involved in the land agitation. Aware of the rapid progress Bell was making, and fearful of the outcome if he were to prove successful, Collins ordered his assassination. The order was carried out by the Squad in broad daylight in residential south Dublin in March 1920. Not surprisingly, the British found it impossible to obtain a replacement. This existential threat to the Dáil’s fund-raising efforts was removed, and the relatively small amounts of republican funds later seized by the British did not materially detract from its operations.

Given the effort put into revenue-raising by those acting on behalf of the Dáil, it is perhaps a little surprising that some obvious sources of funds were not exploited by them. The enormous sums paid every year by Irish farmers to the British Government in repayment of loans advanced to assist them in purchasing their holdings from landlords - the so-called land annuities - was the most obvious case in point. Collins refused to allow pressure to be put on Irish farmers to make these payments to the Dáil rather than to His Majesty’s Government. He did so because he feared that such a manifest breach of contract would destroy Ireland’s international reputation for financial probity, a reputation that the separatists needed to maintain so that they could avail of international credit once self-government had been achieved. It was a striking illustration of Collins’s ability to combine a long-term view of the national interest with excellent tactical judgement in the day-to-day management of his responsibilities in the independence struggle.

While it is difficult to provide exact figures for the overall revenue raised by the Dáil, it is all but impossible to ascertain the precise expenditure incurred by it. Possession or knowledge of records relating to spending were much more incriminating than those relating to receipts, and certain items, such as the clandestine purchase of weapons, were, for obvious reasons, conducted outside normal accounting channels.

Small, individual items of expenditure – such as the rates of expenses reclaimable by TDs – were often declared in the Dáil. However, very little detailed information was publicly given as to the breakdown of expenditure incurred by those employed on Dáil business, the number of whom reached a high of approximately 300 during the period of the First Dáil. This reticence was only to be expected given the state of affairs in the country at this time. The republicans needed to ensure that the British knew as little as possible about their internal affairs.

At the same time, those directing the struggle were aware of the need, if funds were to continue to be forthcoming, to maintain the morale of their active supporters and the respect of wider public. This could only be achieved by publicising its activities. This explains the time, energy and funds expended upon the Department of Propaganda. This department was crucial to establishing, within Ireland and without, the credibility of Dáil Éireann as a viable alternative to Westminster rule. The results of this particular initiative, as with so many of the Dáil’s endeavours, were a success out of all proportion to the money spent. For this frugal husbandry of scarce resources, as well as for so much else, Michael Collins deserves much credit.