"Shorthand reporting goes back to ancient times and was among the most hazardous of professions in Rome, where in the early 3rd century, the emperor Severus went so far as to command that any shorthand writer reporting a court case and making a mistake 'should have the tendons of his right hand severed and be banished from the empire for life'. There is no record of such drastic punishment being meted out to the reporting staff of the Houses, but then again we have not had any reports of errors." 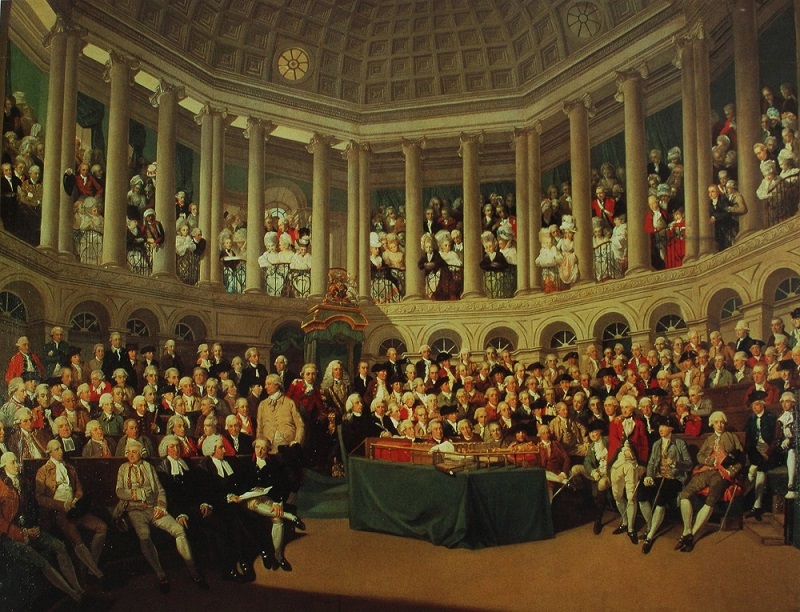 The Irish House of Commons in 1780, with Henry Grattan addressing the House

While Ireland cannot claim to be a pioneer in shorthand reporting, it can certainly make such a claim for parliamentary reporting. In 1766 politics aficionado James Caldwell published a series of parliamentary exchanges that occurred in the Irish House of Commons in 1763 and 1764. He is considered to be the first to have published a regular series of parliamentary debates – reproduced, he claimed, “entirely from memory”. A surge in interest in parliamentary discourse at this time, partly due to parliaments becoming less secretive, led to a significant increase in the number of column inches devoted to parliamentary reporting. Some years later, between 1782 and 1801, 17 volumes of the Irish Parliamentary Register were produced in Dublin, covering debates in the Irish Houses of Lords and Commons from 1781 to 1797. 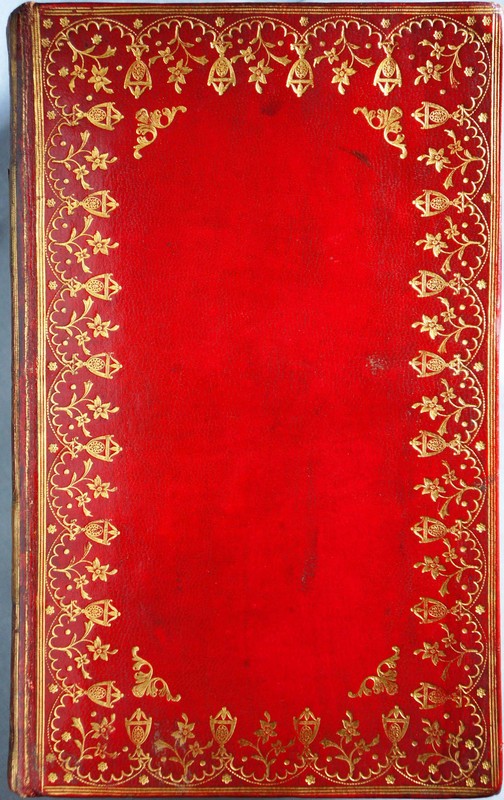 Sir James Caldwell’s Debates relative to the affairs of Ireland, 1763 and 1764. 1st edn, 2 vols (London, 1766) / With the permission of the Governors and Guardians of Marsh's Library, Dublin

The expansion of parliamentary reporting in Ireland – up to the abolition of the Irish Parliament in 1800 – was mirrored in England, where throughout the 19th century the Hansard tradition of reporting evolved. The term “Hansard” is derived from Thomas Curson Hansard (1776-1833), the first official printer to the Parliament at Westminster. His name has been adopted for the official reports of many parliaments worldwide, including those in New Zealand, Canada, Australia and Zimbabwe. In 1909, the House of Commons began to employ its own reporting staff directly to produce an Official Report and it is on the basis of this model that the Debates Office of the Oireachtas of the Irish Free State was established 13 years later, in 1922.

Parliamentary reporting tradition in the Oireachtas

It is no accident, therefore, that the conventions of parliamentary reporting in the Oireachtas closely mirror the Hansard tradition. This was made most clear in May 1999 when the Leas-Cheann Comhairle, Rory O’Hanlon, seeing fit to define the Official Report produced by parliamentary reporters in the Oireachtas, echoed strongly the terms of reference set in 1893 by a select committee of the House of Commons for the official report of the UK Parliament. These terms of reference define an official report as one “which, though not strictly verbatim, is substantially the verbatim report, with repetitions and redundancies omitted and with obvious mistakes corrected, but which on the other hand leaves out nothing that adds to the meaning of the speech or illustrates the argument.”

Owing to the global influence of the parliamentary reporting model that evolved in Britain, and Ireland before the Acts of Union, parliamentary reporters in the Oireachtas today produce reports in much the same way as their counterparts in legislatures in many states, territories and regions around the world, from Jersey to Jamaica and from Stormont to Singapore. The Debates Office of the Houses of the Oireachtas is a member of information-sharing bodies such as the British–Irish Parliamentary Reporting Association, and Irish parliamentary reporters and editors frequently attend and host reporting conferences to discuss best practice and technological innovations.

At a time when communications practices are changing rapidly and when anybody can share “fake news” or unreliable information at the touch of a button, it is more important than ever to have parliamentary reporters producing a reliable, impartial report for the readers of today and for future generations.

An interesting, albeit rare, event in the world of parliamentary reporting involves the reception of a foreign dignitary in one of the Houses or at a joint sitting of both.