An interesting, albeit rare, event in the world of parliamentary reporting involves the reception of a foreign dignitary in one of the Houses or at a joint sitting of both.

While many foreign dignitaries are welcomed each year to the visitors’ galleries, it is rare that they make an address to Members in one of the Chambers. When such addresses are made, they are usually by Heads of State or Government and tend to cover topics such as shared cultural and economic values, the contribution made by the Irish abroad and the peace process in Northern Ireland. These speeches are usually scripted but are treated by parliamentary reporters in largely the same way as contributions of Members of the Oireachtas. Care is exercised in ensuring such speeches are reported in a way that reflects their tone and historical value and that does not detract from the sense of occasion. 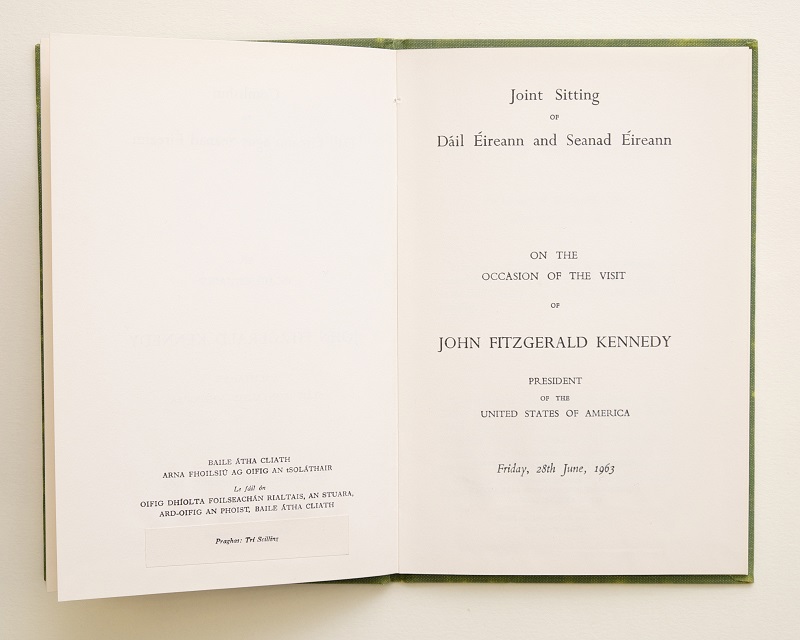 The visit of US President John F. Kennedy was the first occasion on which the Debates Office reported a joint sitting of both Houses of the Oireachtas

Perhaps the most noteworthy visit by a Head of State was that of US President John Fitzgerald Kennedy on 28 June 1963, on which occasion he famously stated, “We need men who can dream of things that never were, and ask why not.” This was the first time the Debates Office reported an American President and the first time members of the team were televised working in the Chamber. Indeed, it was also the Debates Office’s first time to report the proceedings of a joint sitting of the Dáil and Seanad. The Official Report is of particular importance in this context in that it can now be seen to contain a paragraph of Mr. Kennedy’s speech that cannot be found in the video archives of RTÉ. Included are the following lines:

Of all the new relations I have discovered on this trip, I regret to say that no one has yet found any link between me and a great Irish patriot, Lord Edward Fitzgerald. Lord Edward, however, did not like to stay here in his family home "because," as he wrote his mother, "Leinster House does not inspire the brightest ideas." That was a long time ago, however.

It has happened that a foreign visitor received in the Houses when sitting did not address Members. Mr. Jawaharlal Nehru, who was the first Prime Minister of independent India from 1947 to 1964, was received in the Dáil Chamber on 28 April 1949 but did not make a speech, thus requiring the staff of the Debates Office to describe the proceedings in a way that most accurately reflected what occurred and gave the reader a sense of occasion:

The Captain of the Guard conducted His Excellency to the Floor of the House; where, the members standing, he was received by the Taoiseach and Deputy de Valera, who introduced him to the Ceann Comhairle.
His Excellency then took a seat, amid applause, in the House. 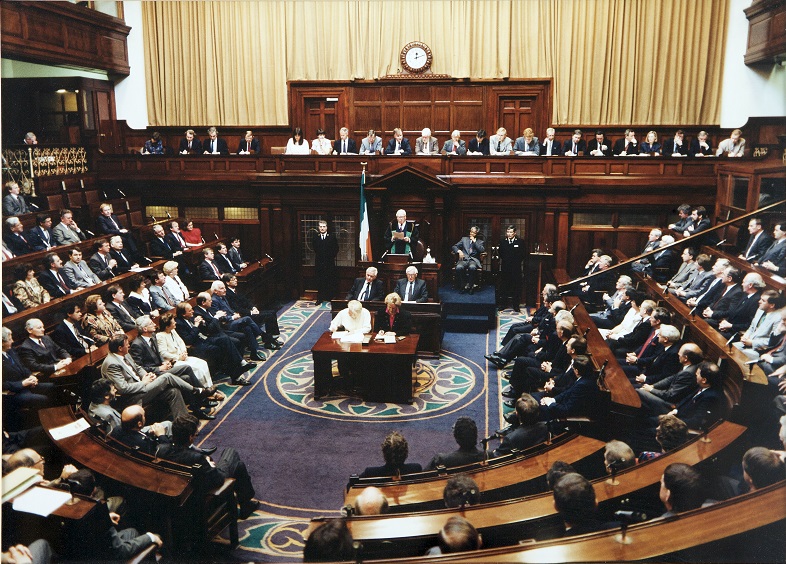 Nelson Mandela in the Dáil Chamber on Monday, 2 July 1990

In addition to Mr. Nehru and Mr. Kennedy, famous visitors have included US President Ronald Reagan in 1984, South African anti-apartheid revolutionary and future President, Nelson Mandela in 1990, and UK Prime Minister Tony Blair in 1998. Mr. Blair’s address, which occurred in the wake of the Good Friday Agreement, was the first address by a Prime Minister of the United Kingdom to the Oireachtas.

In some instances, addresses by dignitaries have required the Debates Office to report speeches made in languages other than the official languages of the State, Irish and English. Examples include the addresses by French President François Mitterrand in 1988 and German Chancellor Helmut Kohl in 1996. Parliamentary reporters’ first opportunity to report a President of the European Commission was as recently as June 2018, when Mr. Jean-Claude Juncker addressed a joint sitting of both Houses. 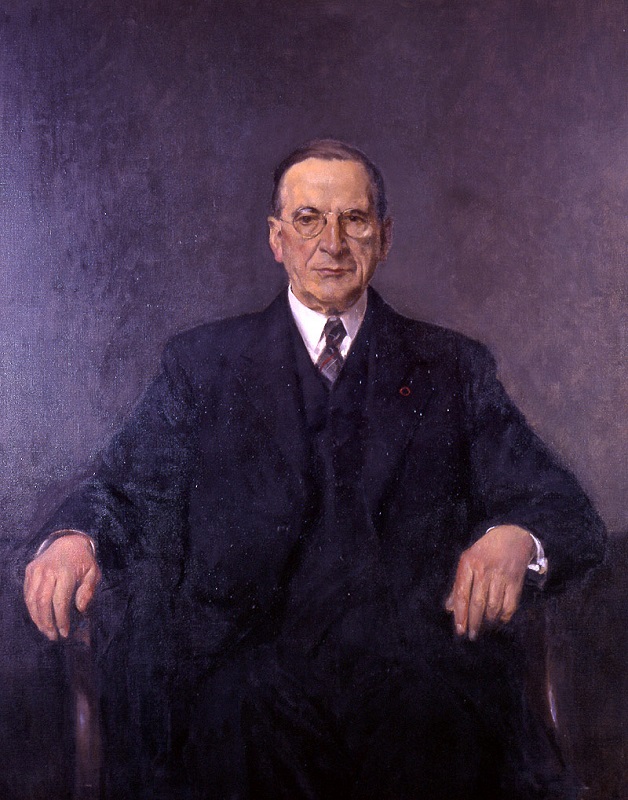 Another rare but solemn event for the Debates Office is when a President exercises his or her right under Article 13.7.1° of the Constitution to address both Houses of the Oireachtas.

This was first done in the Mansion House by President Eamon de Valera on 21 January 1969, to mark the 50th anniversary of the first sitting of the First Dáil. There have been three further addresses since then, two by President Mary Robinson in 1992 and 1995, on Irish identity in Europe and on cherishing the Irish diaspora, respectively, and one in December 1999 by President Mary McAleese to mark the new millennium. Each time, the occasion has been marked by the publication of a special commemorative edition of the Official Report.