This event has ended

:: Scroll to view the video

:: See a digital version off the commemorative book given to guests at the event

There will be a three-part ceremonial event (Part 1: An address by President of Ireland, Michael D. Higgins. Part 2: Reflections on the centenary, and Part 3: A Joint Sitting of both Houses of the Oireachtas) in the Round Room of the Mansion House on Monday, 21st January 2019 to mark the centenary of the inaugural public meeting of Dáil Éireann on the 21st January 1919.

The aim of the event is to honour the courage and sacrifice of those who founded the first Dáil, to appreciate the fact that the people of Ireland live in a democracy and to commit to maintaining the structures and values of democracy in Ireland for the next 100 years.

Amongst those in attendance at the event will be President of Ireland, Michael D. Higgins, accompanied by Mrs Sabina Higgins (President and Mrs Higgins will be present for Parts 1 and 2 only); members of the Houses of the Oireachtas; descendants of those elected to the first Dáil; Speakers and Deputy Speakers of EU and other national parliaments; members of the judiciary; members of the diplomatic corps and distinguished visitors.

President Michael D. Higgins will deliver a keynote address to mark the centenary of the first sitting of Dáil Éireann - one of the main events commemorated during the Decade of Centenaries. Throughout his first term in office, President Higgins has led the commemorations of many significant events over the 1912-1916 periods, and in addressing the Dáil100 event, the President will encourage the people of Ireland to celebrate the centenary of our democracy and to reflect on our collective past, our successes and our failures.

The Ceann Comhairle, Sean O’Fearghaíl TD, said, “The first public meeting of Dáil Éireann was a seminal moment in Irish history and was intended to show the world that Ireland was moving from the military revolution of 1916 to a parliamentary revolution. The sitting was staged with a view to conveying Irish self-determination to the world, as well as to enshrine the ideals of the Declaration of Independence in Dáil Éireann, ideals of which we can still be proud. Over the course of the coming year, the Houses of the Oireachtas will commemorate the 100th anniversary of political discourse, debate and law-making in Dáil Éireann.”

“The ceremonial commemoration which will take place in the Mansion House will be a reflection on 100 years of unbroken democracy. The event will open with an address by President of Ireland, Michael D. Higgins. We are especially honoured to be joined by President Higgins as we mark this special occasion. We are also delighted to welcome families of 16 members of the first Dáil. Professor Cathal McSwiney Brugha, grandson of the first Ceann Comhairle, Cathal Brugha TD, will read a reflection illustrating the views of a descendant.”

“This commemoration is our chance to honour the memory of the men and women who fought for Irish freedom and who put in place the very foundation of our parliamentary democracy. Since 1919, Dáil Éireann has striven to serve all of the people of Ireland. This centenary allows us, as citizens, to reflect on the legacy of Irish parliamentary democracy.”

The event will be broadcast live on Oireachtas TV from 3.30pm -5.30pm and will be comprised of three parts:
Part 1: Address by the President of Ireland, Michael D. Higgins.
Part 2: ‘Reflections on the Centenary’.
Part 3: Joint Sitting and Centenary Declaration.

This event has ended -

The full 2-hour ceremonial event in Dublin's Mansion House is available to watch online below, along with a selection of photographs from the day. All images © Maxwells Dublin 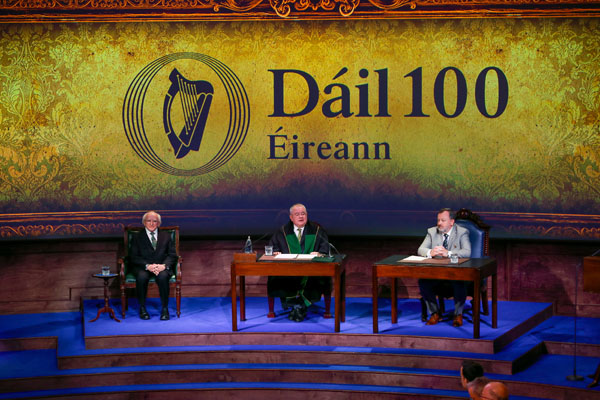 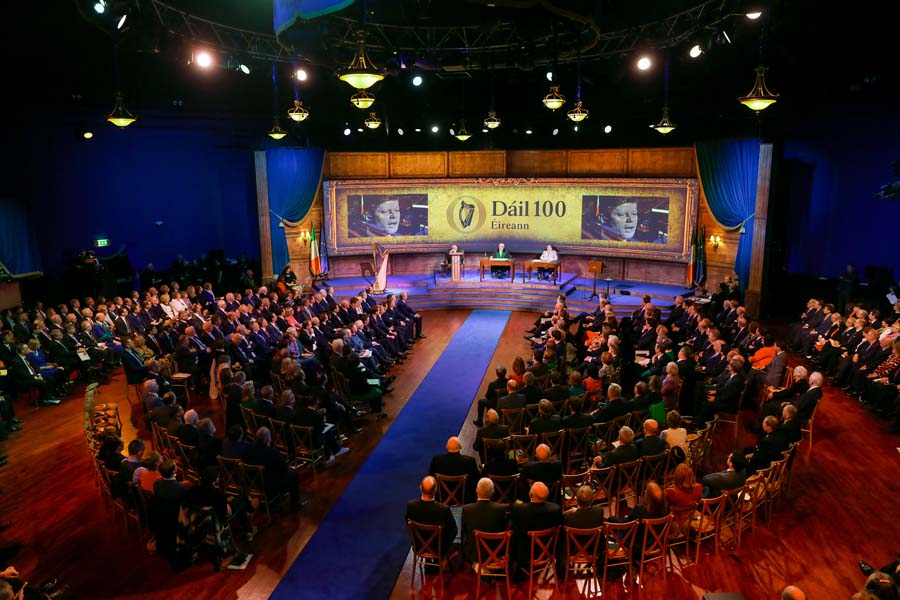 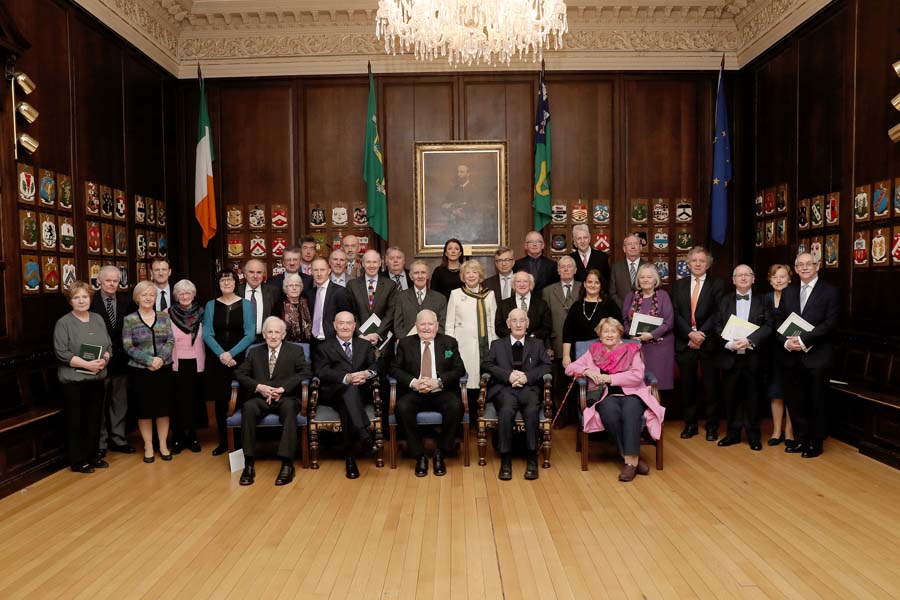 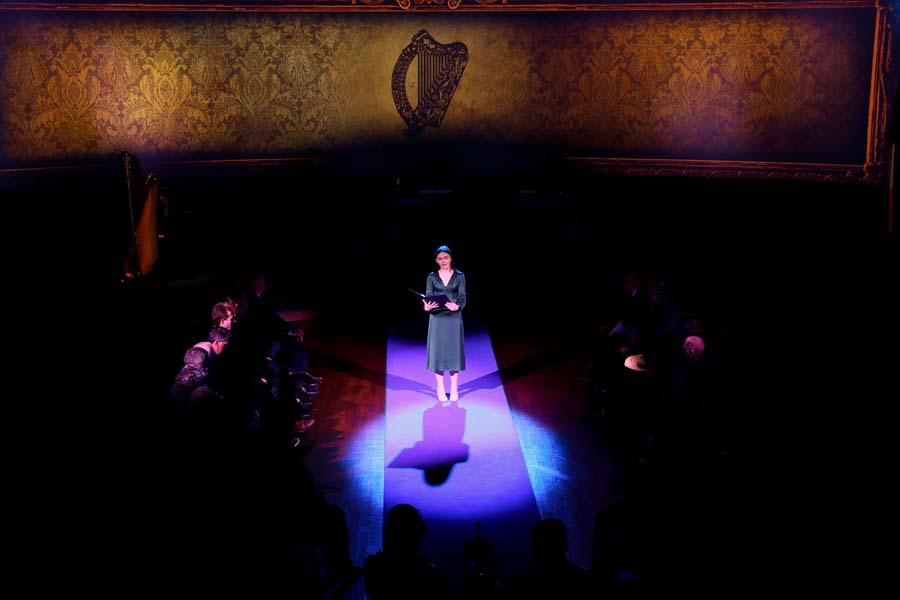 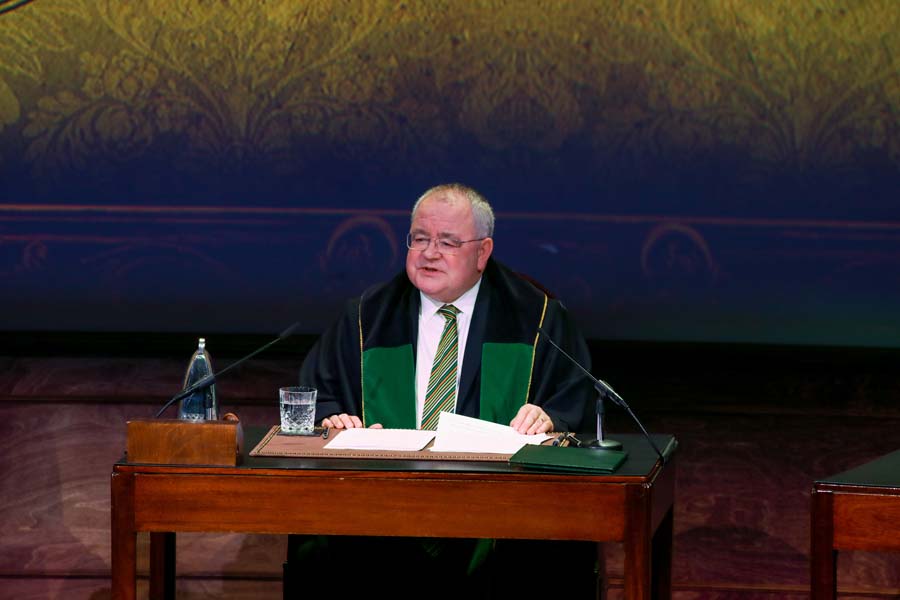 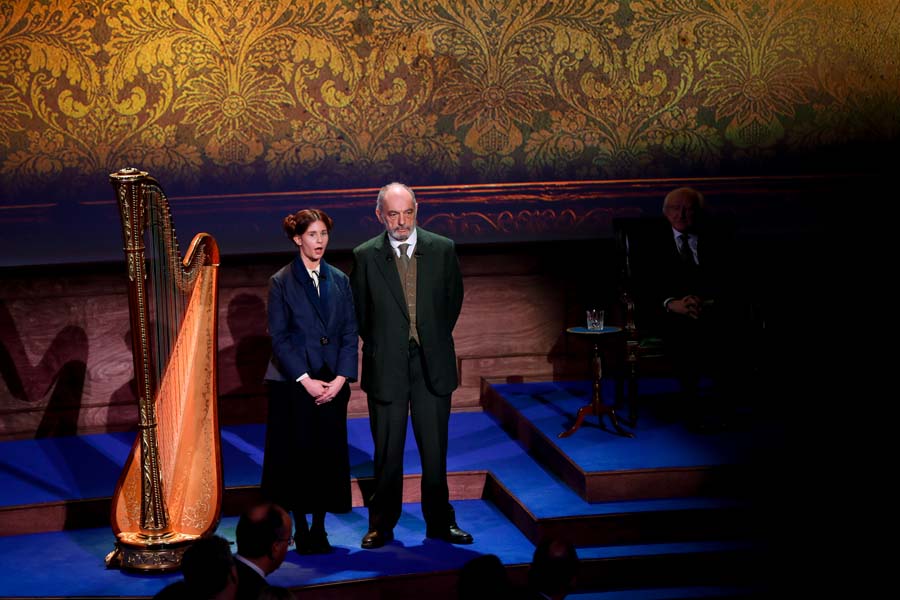 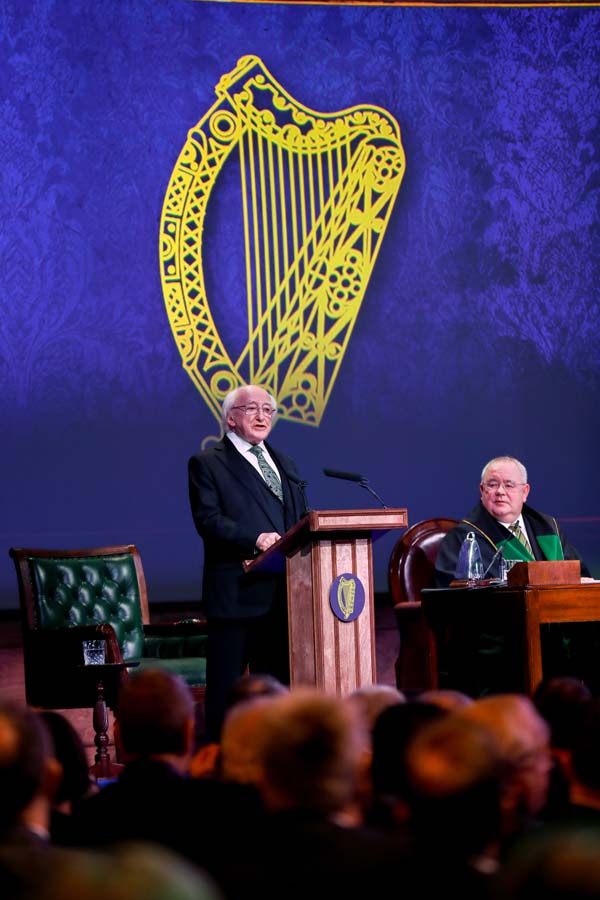