The first Dáil Cabinet, elected on 22 January 1919, did not include a Minister for Local Government.

The first Minister (Secretary was the original term) for Local Government, William Cosgrave, was appointed when Eamon de Valera returned from prison and created a new Dáil Ministry, on 2 April 1919. Cosgrave was one of the old guard in Sinn Féin. He was one of the few councillors elected (in his case to Dublin Corporation) under the party banner continuously from 1909 onwards. Notwithstanding this experience, his tenure was not an entirely happy one. 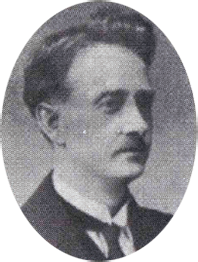 In what was a worrying portent of his capacity to perform the task of Minister, a ten-man committee was established on the same day as his appointment “to assist him in preparing a statement of policy”. There is no trace of this statement appearing in the subsequent minutes of proceedings. It is difficult to be certain as to the cause of this omission. However it seems that it and other problems experienced within the Department may have been due to the Minister’s tendency to be absent for long periods from his office in the General Council of County Councils building in Parnell Square. With the added inconvenience of his enforced absence for several months in 1920 owing to arrest and illness, it was clear that the Department needed an able deputy. 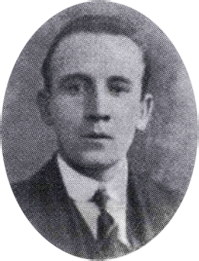 It was highly fortunate, then, that Kevin O’Higgins was available to step into the breach, both as Cosgrave’s formal substitute during the spring and early summer of 1920, and as his effective substitute for most of the subsequent period through to the Truce. Possessed of both administrative ability and a capacity for decisive decision making, it was he, as much if not more than his nominal superior, who helped make local government a republican redoubt. 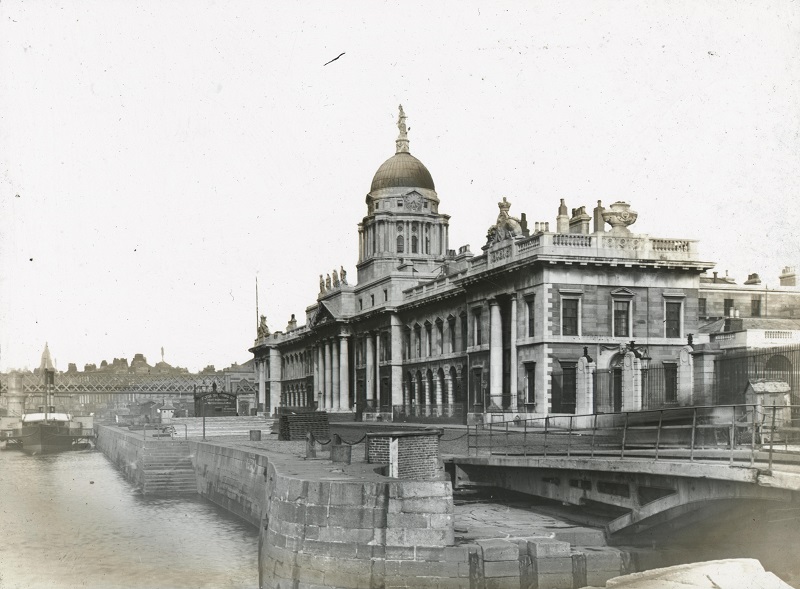 One of the first tasks facing the Ministry after its establishment was to win over the loyalty of the various local councils to the cause of the Republic. The first step was at least to get them to start communicating with the Dáil and cease correspondence with the British-controlled Local Government Board (LGB). The LGB was located in the Custom House until its destruction by the IRA in May 1921. This was clearly a difficult job so long as those bodies remained, as most were, under the control of the Irish Party.

Even before the 1920 local elections, plans were being put in place to anticipate the consequences of a republican takeover. Sometimes these were quite surprising. The Ministry encouraged local bodies to apply for, and acquire, as much money as was available through grants from the British authorities. The Ministry correctly feared such support would no longer be forthcoming if and when the separatists took over. Tactics played a part in some of the other pressure exerted on the councils by the Ministry at this time. They were, for example, enjoined to contact Dublin Castle to convey their hostility to the so-called “Macpherson Bill”, which proposed to create a single, powerful Department of Education. This was strongly opposed by the Roman Catholic Church in the country among other bodies, and the co-ordinated opposition from the local authorities helped to both persuade the British Government to drop the measure and facilitate co-operation between the hierarchy and the Cabinet.

Once the local elections of 1920 were over, a rapid transformation took place. All Sinn Féin candidates had been required, as a condition of their nomination, to pledge allegiance to the Republic and to recognise the Dáil as the source of governmental authority. It is no surprise, therefore, that the urban and rural bodies that came under the party’s control in 1920 took this step, usually as an early item on the agenda of their first meeting after the elections. Dublin Corporation was slightly different in this respect, and delayed its move until May 1920. Even where Sinn Féin was not in control, moves were taken to support the passage of motions endorsing the councils’ support for the application of the principle of self-determination to Ireland.

Even after such symbolic moves had taken place, however, there was no clean cut with the old régime, and many functionaries of the councils continued to correspond with the LGB regarding a variety of matters. It had been the practice, for example, for the minutes of all meetings to be forwarded to the Custom House, to ensure nothing untoward had been transacted in any meeting. While most councils immediately ceased to do this after the republican takeover, not all did. The consequences of such actions on the part of recalcitrant staff members became increasingly, indeed brutally, clear. While in late 1919 the Department of Local Government was merely directing councils to threaten the pensions of those involved, by March 1921 such deeds were deemed “treasonable practice”, a term that, of course, carried with it a lethal threat.

The scale of the republican victory in some respects created its own problems, as it required the creation of a large staff in Dublin to service the needs of the councils. O’Higgins was the prime mover in this regard. Having obtained sanction from the Minister for Finance, Michael Collins, he secured permission for an initial establishment of 33, comprising 19 auditors, ten clerks, and four inspectors. This number grew to over 60 by late 1920. Local government, therefore, was the largest single Department under Dáil auspices.

The growth in the size of the Ministry, however, did not guarantee total control of the activities of all members of every council. During the fraught months at the end of 1920, a small number of councillors in county Galway created a stir by passing a motion ‑ during an inquorate session of the council ‑ seeking a negotiated end to the violence which was then reaching a crescendo across the island. Far from furthering this end, however, it was interpreted by Downing Street as a sign of a weakening of the authority exercised by republicans over the south and west of the island. If anything it encouraged still greater activity on the part of the Crown forces. The subsequent warning given out by the Ministry against any repetition was successful in deterring any similar solo runs in the period prior to the Truce in the summer of 1921.

A key practical concern for those involved in the provision of services by local authorities was money: how was it to be raised and on what would it be spent? The two principal sources of revenue were rates (property taxes) and direct grants from Dublin Castle. Not surprisingly, this second source of income dried up rapidly once a council repudiated the authority of the Crown. This is the reason for the push to apply for as much money as possible by this method before the transition took place. 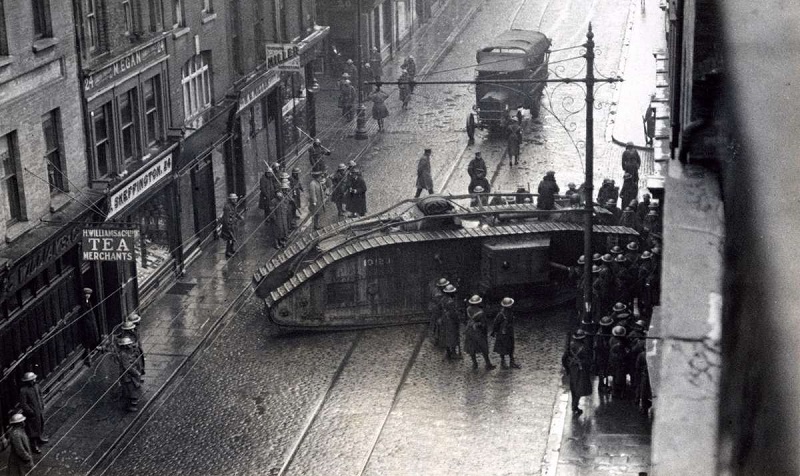 The disturbed conditions also made it more difficult to entice rate-payers to part with their cash. Business owners were affected by the Europe-wide post-war depression still very much in evidence in 1920. The additional damage to their bottom line arising out of the disturbed conditions in the country meant that many were unable ‑ and some unwilling ‑ to pay their dues to the local council in full and on time.

As well as reducing the income of businesses, the disturbances increased the rates they were expected to pay. In 1919 the Government in London decided to make local councils liable under the Malicious Damages Act of that year for the compensation claims arising out of injuries inflicted during the War of Independence. This sum amounted to £3 million in 1919 and rose to £10 million by the time of the truce. 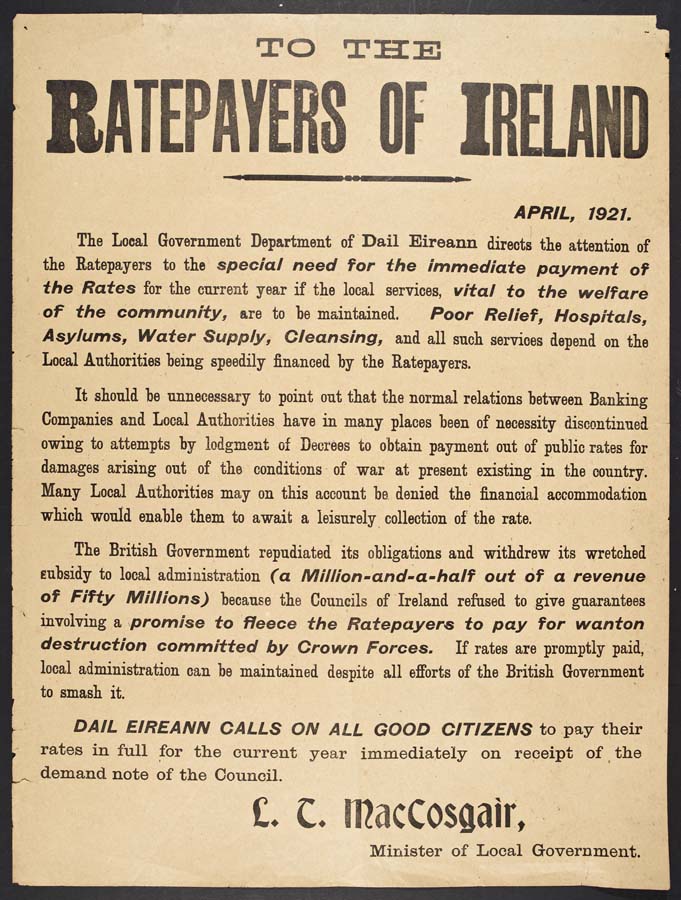 The response of the Dáil Ministry of Local Government to this imposition was clear-cut. All councils were directed not to strike a rate for the amount involved. This directive was by and large observed in the south and west of the Ireland. Even in the unionist-controlled councils in Ulster councillors were reluctant to comply with the wishes of the LGB, as the financial burden would fall heaviest on their own supporters. To reinforce the message, in 1921 the Ministry stated that anyone making a claim under the relevant legislation was guilty of “the highest crime against the state”. There was a clear inference that the IRA might be used to deal with those who defied its will. Those families who had lost wage earners in the Troubles were consequently caught between a rock and a hard place, albeit many nationalist families did find themselves the recipients of pay outs from the White Cross.

Given the numerous demands upon its own revenues, the Dáil was neither particularly willing nor even close to being able to make good the local authorities’ loss of grants from the British régime. Only in early 1921 had those finances improved to the extent that some gesture of support could be given to the hard-pressed councils in question, in the form of a £100,000 loan. This sum was much less than that which was required. Even at that it was directed in the first instance to those councils who collected the highest proportion of available rates, a policy that tended to favour those authorities in the less disturbed parts of the country.

The combined effect of these various developments was that, as the War of Independence progressed, the services provided by local government across nearly all parts of the island were progressively downgraded. This added to the all-pervading sense of crisis abroad across the land. From the perspective of the Dáil Ministry, however, the same period was a story of undoubted, if not unqualified, triumph. The local authorities had absorbed all that their former British masters could throw at them, and the overwhelming majority continued to recognise the Dáil as the source of their legitimate authority. In so doing, the Ministry of Local Government went a long way towards making that authority not just legitimate but utterly real in the eyes of the localities they served.

Local government represented one of the undoubted success stories of the First Dáil, notwithstanding many problems and with certain minor reservations.