Over the course of its lifetime the First Dáil held 12 sessions that were spread out over 21 days. The Constitution of the Dáil, as approved at its first meeting on 21 January 1919, vested legislative powers in Dáil Éireann and conferred executive powers to a Ministry (Aireacht). This was the settled framework of the British cabinet system, and it has remained the basis of parliamentary government in Ireland until the present day. The modern system of governmental departments grew out of this cabinet system.

The First Ministry was appointed on 22 January 1919. Cathal Brugha was elected President of the Ministry and four Ministers were appointed: Eoin MacNeill (Finance), Michael Collins (Home Affairs), Count Plunkett (Foreign Affairs) and Richard Mulcahy (National Defence). This First Ministry was only intended as a temporary cabinet pending the release of Eamon de Valera from prison. As President of Sinn Féin, de Valera was the natural choice for President of Dáil Éireann. 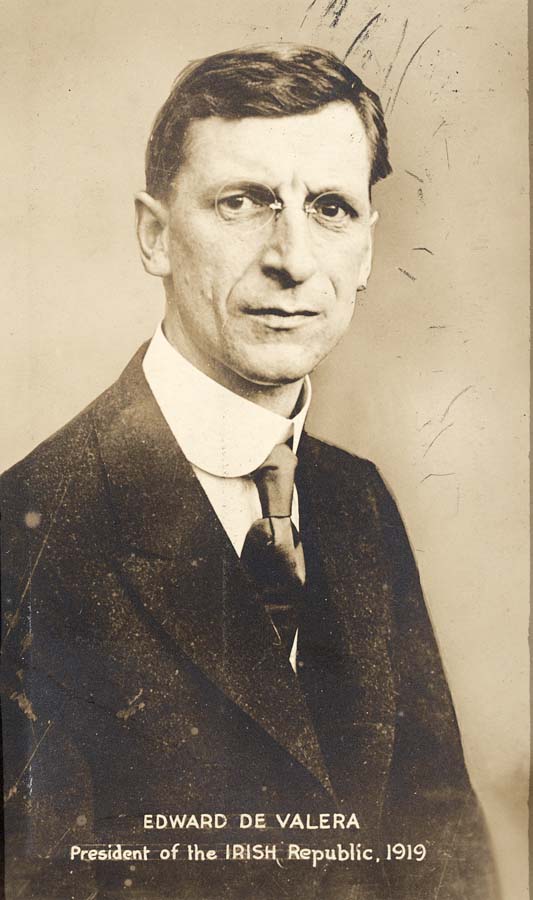 Eamon de Valera / Courtesy of the National Library of Ireland

An additional four Directors were appointed for Agriculture, Trade and Commerce, Fisheries, and Propaganda. These were not considered to be part of the Cabinet itself. Another change was made to the constitution in April 1919, to compensate for the potential arrest or enforced absence of Cabinet members. This allowed for a substitute-President and substitute-Ministers. These two posts were used to good effect later in 1919. Upon his departure to America, de Valera appointed Arthur Griffith as substitute-President and Austin Stack was consequently appointed substitute-Minister for Home Affairs.

The proceedings of the First Dáil show that precedence was given to ministerial business. As with the British model, there was a daily question time for Ministers. Ministers’ reports were read and discussed, and there were scheduled times for ministerial motions and questions. The Ministry was the vehicle through which the Dáil’s aims of supplanting the British administration in Ireland were put into execution. Arguably, its two biggest successes were in the spheres of finance and justice. 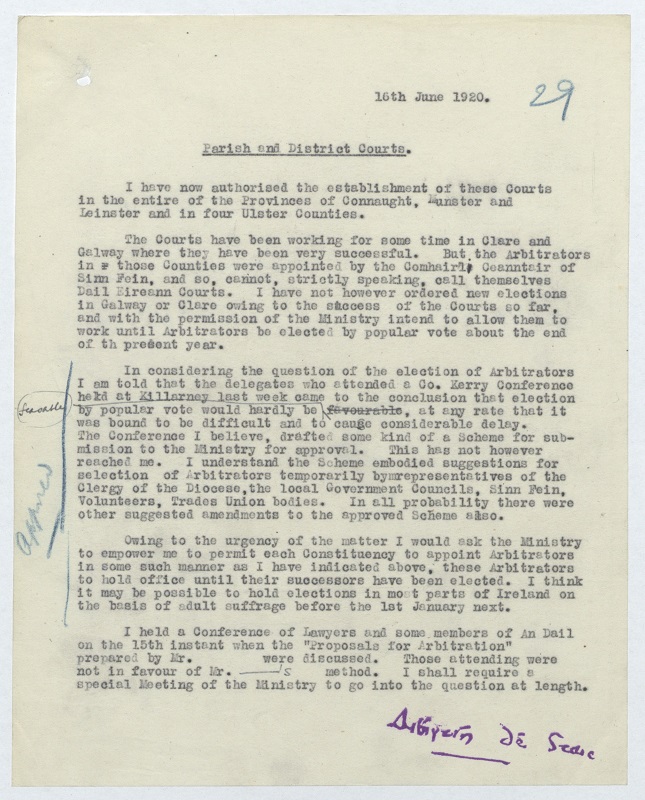 To finance its civil and military programmes, the Dáil, through its Department of Finance, issued republican bonds in Ireland.

An external loan was also floated, which de Valera travelled to America to spearhead. In the sphere of Justice, the Dáil, through its Department of Home Affairs, replaced the British judiciary with a series of courts: parish based arbitration courts, district courts and a supreme court in Dublin.

These two examples illustrate the manner in which a large proportion of the Irish population transitioned to the new civil authority. Ordinary people subscribed to the republican bonds scheme, so much so that it was oversubscribed. By May 1920, the republican courts system had supplanted the British courts system throughout most of Ireland. These courts, declared illegal by the British, were widely used by the general population. Crucially, most members of the legal profession had no problem appearing before them. In addition to this, the 1920 local government elections brought Sinn Féin to power throughout much of Ireland. These local bodies pledged their allegiance to Dáil Éireann.

At its final sitting, on 10 May 1921, the First Dáil agreed that it would regard the 1921 general election as an election to Dáil Éireann. It was further agreed that the Dáil would dissolve automatically as soon as the new Dáil was summoned by the President but that the Ministry would remain in power until the new Dáil had actually met. This happened in August 1921 when Eamon de Valera appointed the Third Ministry. 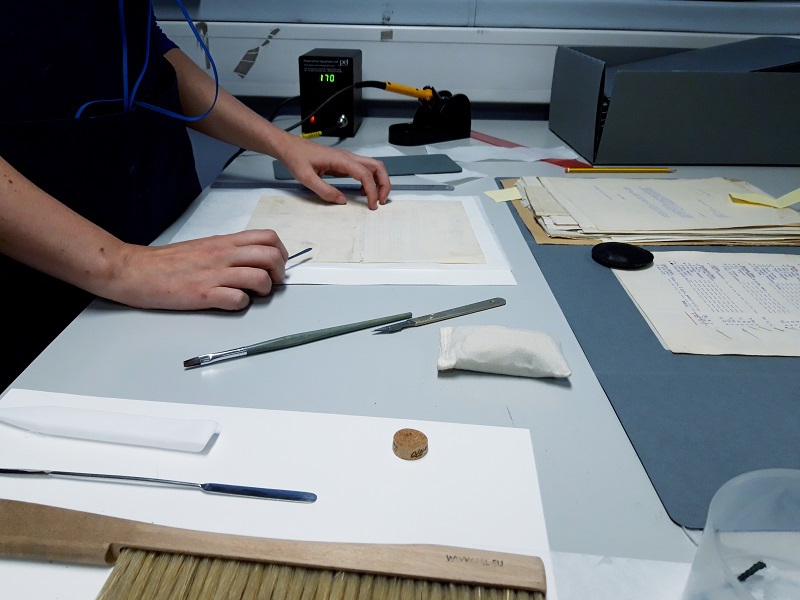 The joint digitisation project is being undertaken by the Houses of the Oireachtas Service and the National Archives of Ireland as part of the commemorative programme celebrating the First Dáil.

This project, when complete, will bring into public view a large number of surviving files from the First and Second Dáileanna. These files are held by the National Archives and are listed as the DE2 and DE4 series. The DE2 series consists of the administrative files of the Dáil Éireann Secretariat. The DE4 files relate to the proceedings of the First and Second Dáileanna. The digitisation of these two series of files will give historians an invaluable insight into the government of the First Dáil.

National Archives - Conservation of papers from the early Dáil Éireann

See how the National Archives preserve the papers of the early Dáil.

While Ireland cannot claim to be a pioneer in shorthand reporting, it can certainly make such a claim for parliamentary reporting.