What is the Official Report?

The Official Report is the written record of everything that is said in public sittings of the Houses of the Oireachtas and their parliamentary committees.

Since its establishment in 1922, the primary task of the Debates Office has been to produce the Official Report of the Houses of the Oireachtas, namely, Dáil Éireann and Seanad Éireann. The Official Report is the written record of everything that is said in public sittings of the Houses of the Oireachtas and their parliamentary committees. It includes debates, statements, answers to oral questions, votes and evidence given in committee meetings. Written answers provided by Ministers to parliamentary questions, which are an important tool for Deputies as they perform their task of holding the Government to account, also form part of the Official Report. From the very beginning, the Debates Office has published daily the debates of the Houses in their entirety very shortly after they have taken place. These daily debates are later revised by the team and are published together in printed volumes as the revised Official Report. It is expected that some time before the end of 2020, the 1,000th such volume of the Dáil Official Report will be produced. 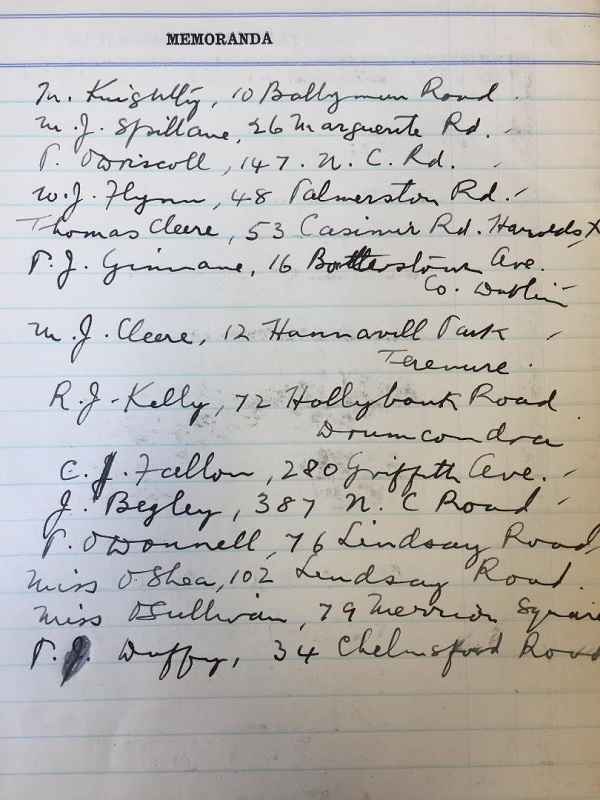 Details of staff working in the Debates Office in 1933

Who produces the Official Report and what is it for?

The Debates Office team, led by the Editor and three deputy editors, is made up of reporters, assistant editors and administrative staff, all of whom are employees of the Houses of the Oireachtas Service. In deciding to have an Official Report produced by its own staff members, the Oireachtas followed the example set by the Parliaments of New Zealand in 1867, of Canada in 1880 and of the United Kingdom in 1909. The main purpose of the Official Report is to enable everyone to read what has been said in the Oireachtas and to help Dáil Deputies in their role of holding the Government to account. Moreover, when scrutinising Bills or considering policy matters, Oireachtas Members need to be able to review what was said by Ministers, other Deputies and Senators and by witnesses who gave evidence to committees. In addition, the Official Report can help judges to resolve disputes over the meaning of legislation by reading what Ministers said about their intentions. Over the years, the volumes of the Official Report have built up into a valuable historical archive, available to all, that covers the vast range of topics Members have discussed and reflects the changing concerns of the Irish people. 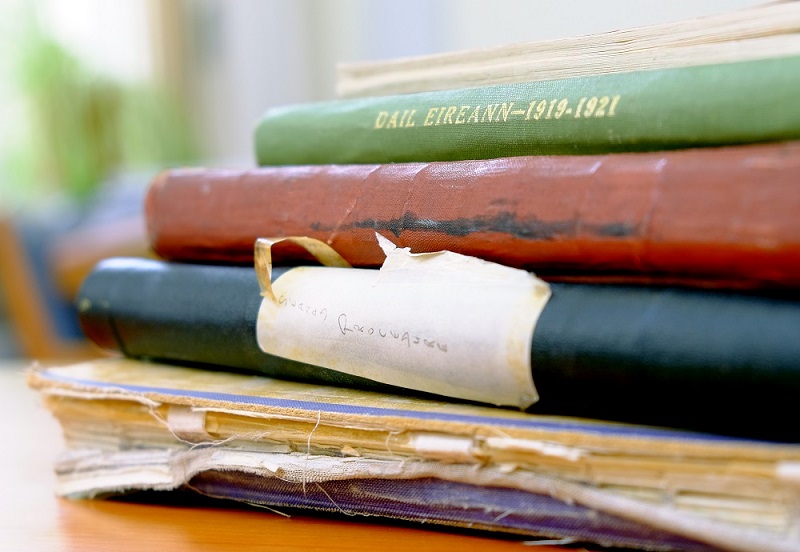 A collection of books from the Debates Office archives

What did the Official Report look like in the early years?

For the first 70 years, the office’s output was entirely paper-based. During sittings of the Houses, unedited versions of segments of the report were made available to Members and journalists as the reporters completed them. These were and are known as the “the blacks”, a name that derives from the carbon paper used to make copies of the transcript. Late at night, at the end of the sitting, the edited report was sent out to Cahill’s, the official printer for the Oireachtas, which published the Daily Books of proceedings. The books, distinguished by a green cover for the Dáil and a buff cover for the Seanad, were available for distribution to Members or for sale to the public shortly afterwards.

The bound volumes of proceedings were printed much later. Before these substantial 1,000-page editions could be published, it was necessary to re-read the daily debates to check for errors before making any necessary corrections to their contents. This work was usually undertaken by the reporting team during non-sitting days or parliamentary recesses.

The sheer quantity and breadth of material contained in the Official Report have meant that all bound volumes have been indexed. Indexes were originally published as separate volumes covering six or seven years’ worth of debates and traditionally covered general business, parliamentary questions and Members, as well as the rulings of the Chair. As such, an index was a crucial resource and was much sought after in the Government Publications Office as the only catalogue of proceedings, topics discussed, questions, precedents and rulings of the Chair. 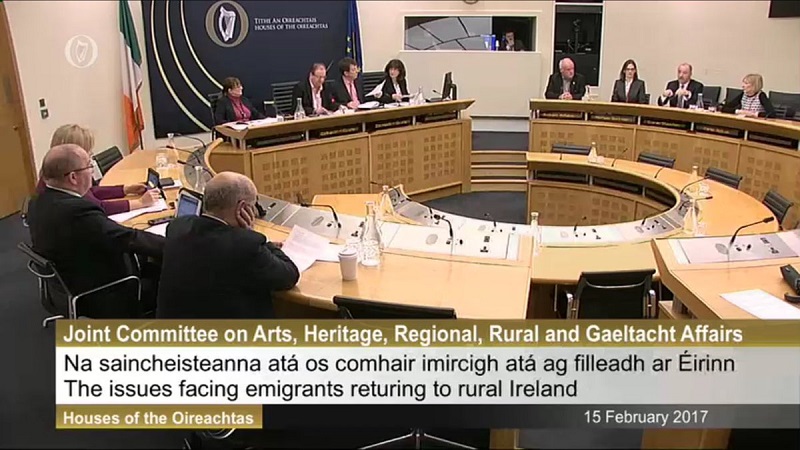 An Oireachtas committee room, with reporters seated behind the window to the rear

What was the main work of the Debates Office?

Until the 1990s, the bulk of the work of the office involved reporting debates in the Dáil, which usually sat for three days a week and usually for about seven hours a day. The Seanad only sat infrequently—sometimes only twice a month—and typically for fewer hours. Similarly, the committee system as it exists now had not yet developed. For many years the Committee of Public Accounts, or PAC, as it is better known, was the only standing committee, and its meetings were reported but not published. On rare occasions, other special committees were set up to examine particular issues or Bills, and their proceedings were reported by the Debates Office. For example, only one such committee met in the whole of 1939. It was a Seanad Special Committee on the Fisheries Bill 1938, which met for two and three quarter hours on 13 June 1939, which otherwise was a non-sitting day. 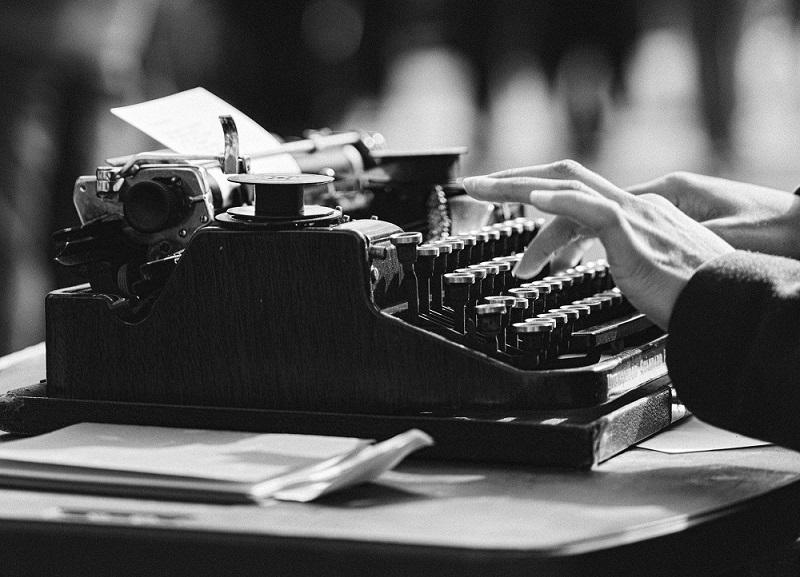 What other work did Debates Office staff do?

The relatively low number of sitting days meant that reporters were sometimes assigned to assist with Government work outside the Oireachtas, such as commissions of inquiry and court sittings. For example, on 25 January 1940, Miss O’Shea and Miss Derby were sent off to the Supreme Court to help transcribe a hearing on the Offences against the State (Amendment) Bill—emergency legislation that had been rushed through the Oireachtas in the new year after the IRA seized the Army’s munitions supply from the Phoenix Park just before Christmas. On the same day, the rest of the reporting team had been sent to report a meeting of the Commission on Agriculture being held in St. Stephen’s Green. Similarly, John Ward, a reporter from the late 1950s, recalled being sent unwillingly to Spike Island in Cork to transcribe the proceedings of a naval court martial. He also recalled how some of his colleagues, many of whom had journalistic backgrounds, used their skills to moonlight as sub-editors for the newspapers.

How has what is included in the Official Report changed?

Two fairly recent developments have greatly increased the workload of the Debates Office. First, the number of Seanad sittings has increased sharply since the 1990s and now is almost equal to that of the Dáil, although its sitting hours still tend to be shorter. Second, although it had not been the practice to report meetings of most committees, an important precedent was set in 1973 when Ireland joined what has now become the European Union. The Joint Committee on the Secondary Legislation of the European Communities—whose members included two future Presidents and one future Taoiseach—was established as a standing committee and at its first meeting on 3 August 1973, its members decided “we should have the Reporting Staff reporting everything we say in the same way as the Dáil and Seanad are reported”. Quarter of a century later, the system of joint parliamentary committees that “mark” Departments of the Government was established and the size and the scope of the Official Report exploded. Today, with more than 30 committees, many meeting weekly during parliamentary sessions, reporting committees takes nearly as much time as both Houses combined. In the first eight months of 2018, for example, there were 606 hours of debate in the Dáil and 339 hours of debate in the Seanad, but 893.5 hours of debate in committees. In addition, the Debates Office from time to time has been obliged to report the proceedings of lengthy inquiries, such as the DIRT inquiry in 1998 and the banking inquiry in 2014-15, whose sitting times came close to matching those of the Houses.

How has what the Debates Office produced changed?

The 1990s also saw the beginning of a transformation in how the Official Report is made available to citizens. The development of a website for the Oireachtas and increased use of information technology to produce the Official Report enabled online publication and by 1998, all Dáil and Seanad debates, as well as all the public committee proceedings, were being published online.

Following a major project to digitise the entire Official Report, the Oireachtas in 2001 became one of the first national parliaments in the world to make available online the record of all its parliamentary proceedings, current and historical. As the Internet made the debates easily accessible and searchable, demand for paper copies declined and as of 2011, the Daily Books are no longer printed. Instead, debates are now published on a rolling basis to the Oireachtas website throughout the day. Although the vast majority of readers now use the online version of the Official Report, the Debates Office still continues to publish revised Dáil and Seanad proceedings, with automatically produced indexes, in bound volumes.

Over the years, the numbers of questions submitted by Deputies for written reply have risen dramatically. During the mid-1930s, approximately 1,200 questions were asked each year and by the mid-1960s this figure had risen to about 4,000 per year. In 2016, however, 44,942 questions for written answer were replied to or, to put it another way, enough written answers were received each week to fill a 1,000-page volume. Consequently, given that they were mainly being read online anyway, a decision was made that from September 2017 onwards, the written replies were to be published in the online Official Report only.

Future evolution of the Official Report

Overall, the way in which the Official Report is presented to the public continues to evolve. For instance, the launch in May 2018 of a new Oireachtas website has led to new opportunities to link the Official Report more closely to the video recordings of the debates, as well as to other important Oireachtas documents, such as Bills and motions. This makes it easier for a reader to switch between them and to monitor the progress of a particular Bill. This evolution is set to continue as the Debates Office team collaborates with its colleagues within the Oireachtas and in other legislatures to make the work of the Oireachtas more easily accessible and understandable to the people it serves.